The business organization asked the candidates (or their representatives) to provide a statement on their positions regarding issues of importance to local businesses.

The Chamber heard back from every candidate and has made those statements available to Lambton Shield for republication.

Each of the individual statements is also on the Chamber’s website (www.slchamber.ca).

The statements below are in alphabetical order by last name of the candidate.

There are two ways to create more wealth and prosperity: we can either work more or work more efficiently through increased productivity.

Investments in R&D, innovation, more efficient production processes, and machinery and equipment are critical to improvements in productivity and living standards. 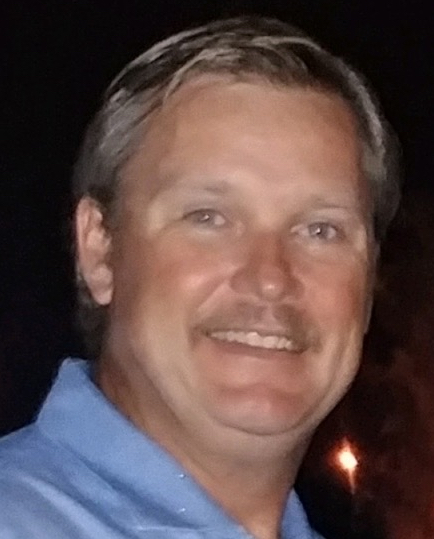 Improved productivity leads to better higher-paying jobs. And in a context where there are manpower shortages in many sectors, investment is the way to increase production without necessarily having to employ more people,

Unfortunately, Canada’s business climate is less and less welcoming to investors. Since 2015, business investment has dropped not only in oil and gas but in other sectors as well. Canada is also attracting less direct foreign investment.

More government intervention is not the answer to our economic challenges. Every time the government takes an additional dollar in taxes or borrows it, this is a dollar that individuals or business people will not be able to invest. We intend to lower taxes for all businesses. Your PPC MP in Sarnia Lambton will get out of your way when you need me to and will help when you ask me to.

First off, we will repeal the punishing small business taxes put in place by the Liberals to tax passive income in corporations at 73% above a threshold. We will eliminate the carbon tax, which is driving up the cost of everything, and doing nothing to reduce emissions. Tax rebates of $850 for families making under $47,000 will put more money into the pockets of those who need it most. We will return an additional $350 to each senior, and increase veteran pensions. 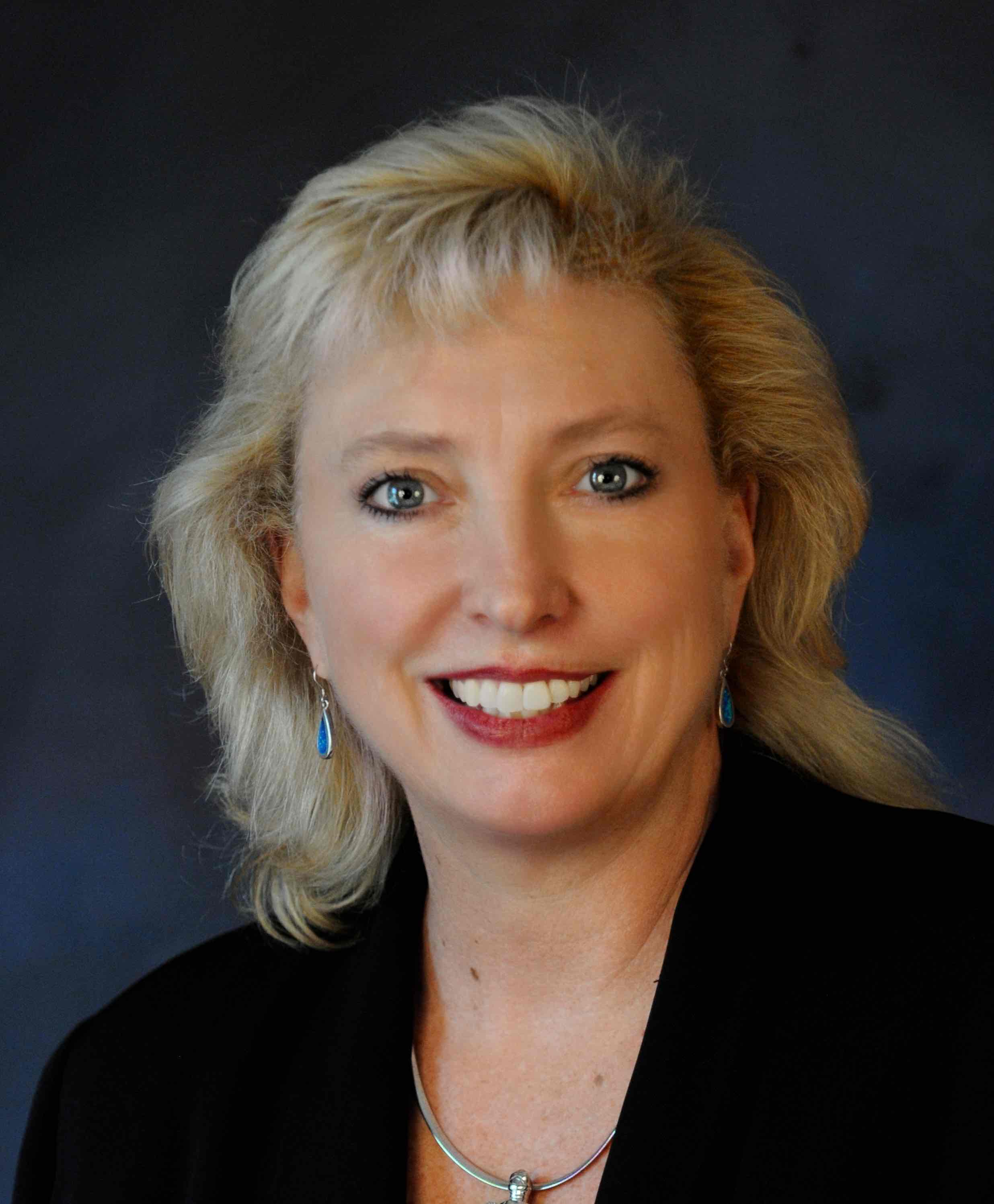 Our plan to help first time home buyers achieve their dream involves a return to 30-year mortgages, and a stress test that is less demanding for initial down payments. We will help students (and their parents) to fund their education by increasing the government match on Registered Education Savings Plans to 50%.

In terms of red tape, we will reduce the number of regulations. On the trade front, we will build on the Conservative record of 53 trade deals to continue to diversify the countries Canada is doing business with. We will return to fiscal responsibility, with a balanced budget by 2024.

Our Real Plan for the Environment will focus on clean air and water here in Canada, with reduced pollution, while using technology to cut emissions here at home and to help other countries in their efforts to reduce their carbon footprint. We will address our aging demographic, and increase funding for healthcare, including mental health and addictions. All of these plans will help people and businesses in Sarnia-Lambton!

My name is Adam Kilner and I am running to be your Member of Parliament for Sarnia-Lambton. My parents are proud to have raised 13 children in our community.

My father, Earle and my mom instilled in me the importance of hard work and service to others. Over the last six years, I have served this community while ministering with Dunlop United Church.

I am running on a commitment to environmental leadership, social inclusion through growth and economic justice. I’m on the side of working Canadians and their families.

Small businesses are incredibly important to our community, and the NDP has stood up for lower small business taxes, opposed unfair merchant f 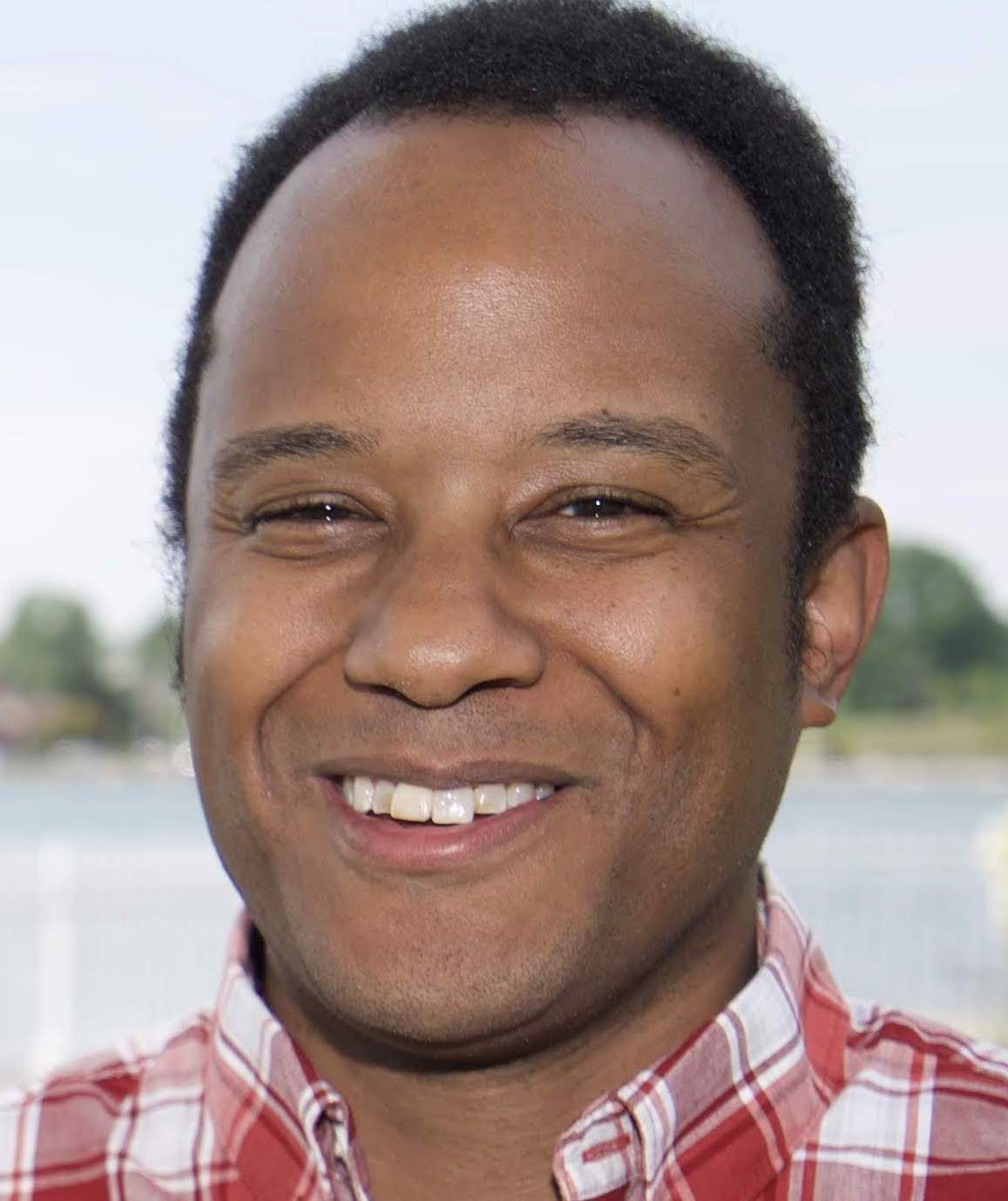 ees, and fought to make it easier to pass on small businesses to the next generation.

I believe that small businesses should have access to all the support they need to grow, innovate, and stay competitive. Our plan for public, universal pharmacare means that businesses will save approximately $600 per employee with extended health benefits every year. We’ll also make it easier for the family business to be passed on to future generations with new legislation to end the unfair tax treatment of family transfers of small businesses.

Recognizing that a shortage of workers is a major barrier for many small businesses operating in our community, we’ll make important new investments in training Canadians and boost support to traditionally underemployed groups, ensuring that they can access good jobs that pay a fair wage.

I feel our community’s frustrations growing as governments work for the rich and well-connected, ignore the investments we need in Sarnia-Lambton, and overlook our desire to grow and lead. I will work hard to change that.

CHP recognizes that business and agriculture are essential for income, provision of goods and services for Canadian families. Most business occurs at the Municipal level and is subject to local, Provincial and Federal laws and support could come from any of these jurisdictions.

CHP believes in creating and maintaining a climate in which businesses can thrive. Part of this is keeping taxes at a reasonable level. Debt reduction at all government levels is required. Currently, the Federal debt alone stands at $690 billion with $70 million daily of interest which is more than the annual output of a small to medium enterprise. CHP believes a carbon tax is a burden on businesses and individuals. A CHP government would live within its means. 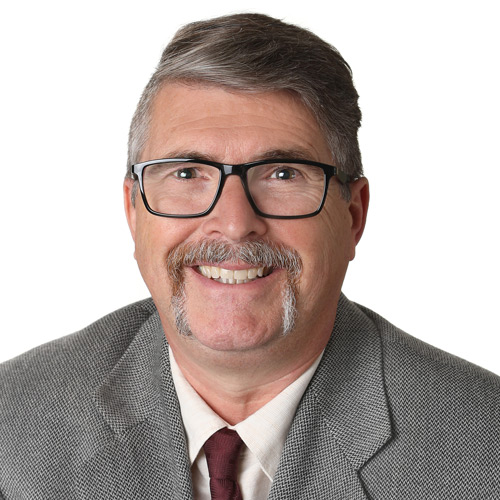 A CHP government believes that business should be self-sustaining. It might consider grants to startups that look promising but this would be minimal.

If too much funding and energy are put into startups it will be a drain on the overall economy. As in families, we can not promote a welfare economy.

CHP supports an education system that provides graduates that can contribute to an advanced economy, but this must also include teachers, doctors, nurses, etc. We do understand that education is a provincial jurisdiction.

CHP would encourage the reduction of waste through improved manufacturing, and encourage good stewardship in use of all resources and promote reduce, reuse, recycle.

CHP recognizes that transportation is a large and often inefficient component in moving goods and people as well as using large tracts of land. Often this requires government intervention and financing as in the past with building of transcontinental railways, highways and waterways.

We recognize that these undertakings cross many jurisdictions, Federal, Provincial, and Local.

Where Canadian needs can not be filled by national business we should provide them through well-negotiated trade agreements.

Thank you for this opportunity to share the Federal Liberal party’s priorities for business.  In our first mandate, we put forward a progressive program that balanced the needs of our local economy with the need to address climate change. With a million new jobs created, unemployment is the lowest in decades, and GDP growth of 3.7% is nearly double the previous government’s record.  That is no coincidence.  It has been driven by a Liberal commitment to invest in infrastructure and green technology when interest rates are low. 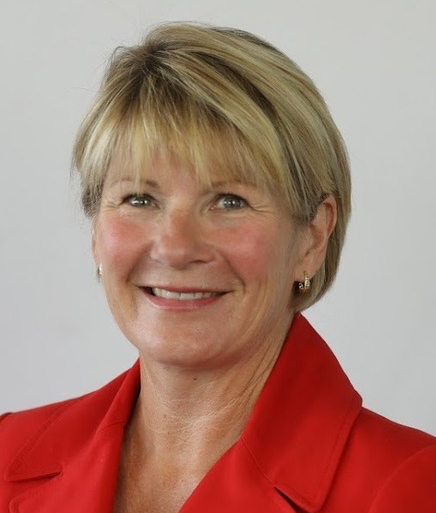 Sarnia-Lambton has received tremendous support from the Liberal government’s focus on fostering innovation. Companies like Nova, Woodland BioFuels, and the local manufacturers who will benefit from the Oversized Load Corridor are building the economy of the future.  We believe in supporting the priorities of local municipalities and business leaders.

Frankly, the Conservative candidate is running a strong campaign … for the Liberal party!   Every time I hear her brag about personally bringing $200M to Sarnia-Lambton, I shake my head because people know that she and her Conservative colleagues have voted against every Liberal budget and appropriation bill that allowed these funds to flow here. We know they would prioritize budget cuts ahead of investing in progress.

When the Liberal government negotiated the United States Mexico Canada Agreement it was all hands on deck. I am proud that the Liberal team stood firm. They faced a formidable and unpredictable opponent in Donald Trump but came back with a deal that benefits Canadian workers and businesses.

Our economy is strong, and we are on the right path. If elected as your MP, I will fight to continue the balanced Liberal approach which respects our local petrochemical industry and the skills of our workers while encouraging the transition to the green economy of the future.

Whether everyone wants to acknowledge the approaching climate crisis or not, the reality is that it is already affecting our lives and it is going to change our world. The question for voters in this election is which party is best prepared to lead us through this difficult time.

Our goal, according to the Intergovernmental Panel on Climate Change, is to reduce GHG emissions to 45% below 2010 levels by 2030 and to net-zero by 2050. That clearly means that fossil fuel consumption has to decline rapidly and be replaced by renewable energy and conservation, creating a potential bonanza of opportunities for business and tradespeople. 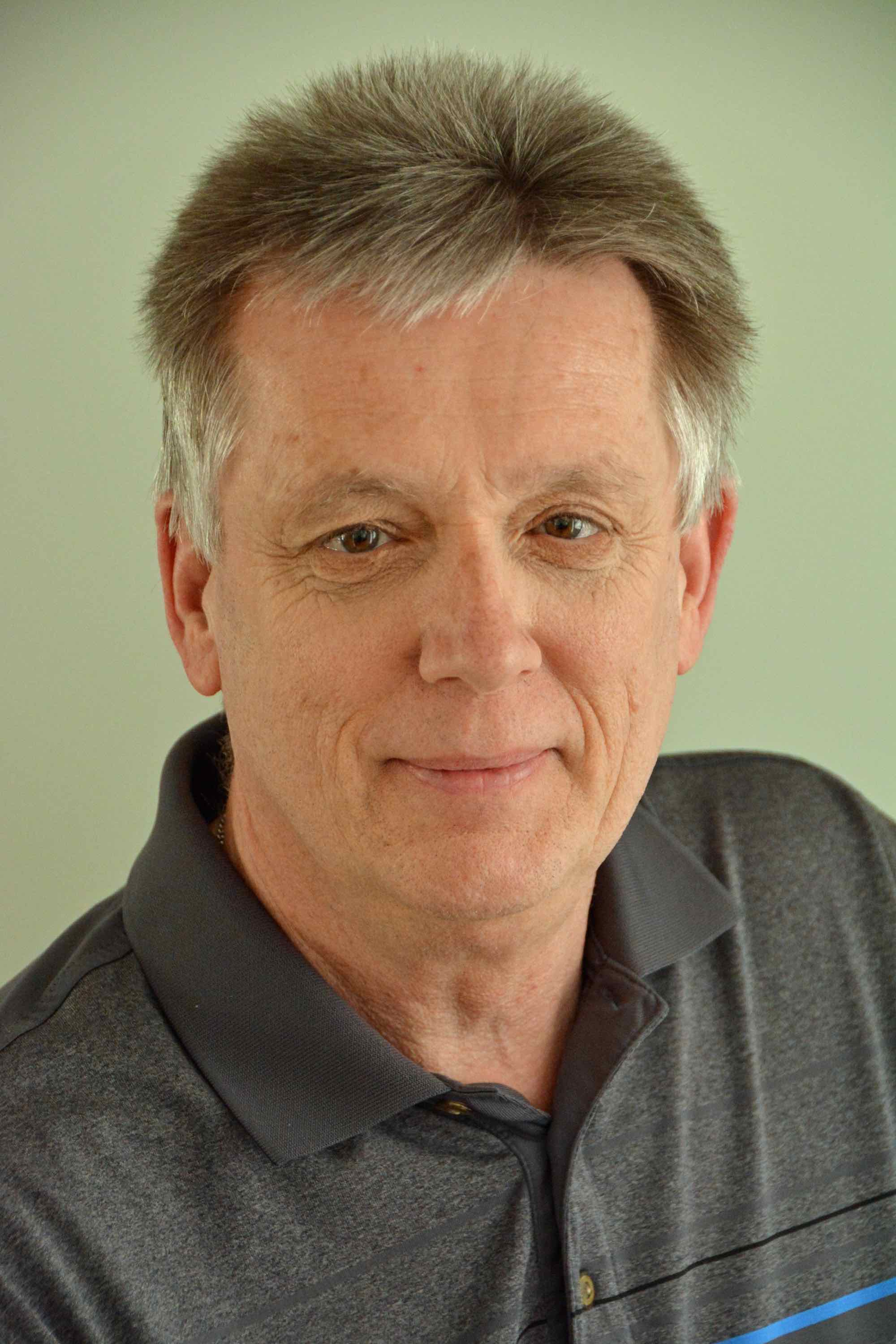 The Green Party will:

Fighting climate change will require a concerted national effort, and it will forever change our economy. While some political parties may seek to hold on to the past, history teaches us that it is those that grasp the future that ultimately survive and flourish. We’ve ignored the alarms for too long, we are already in the era of consequences, and further change is inevitable. Vote for a livable future for your children and grandchildren. Vote Green.